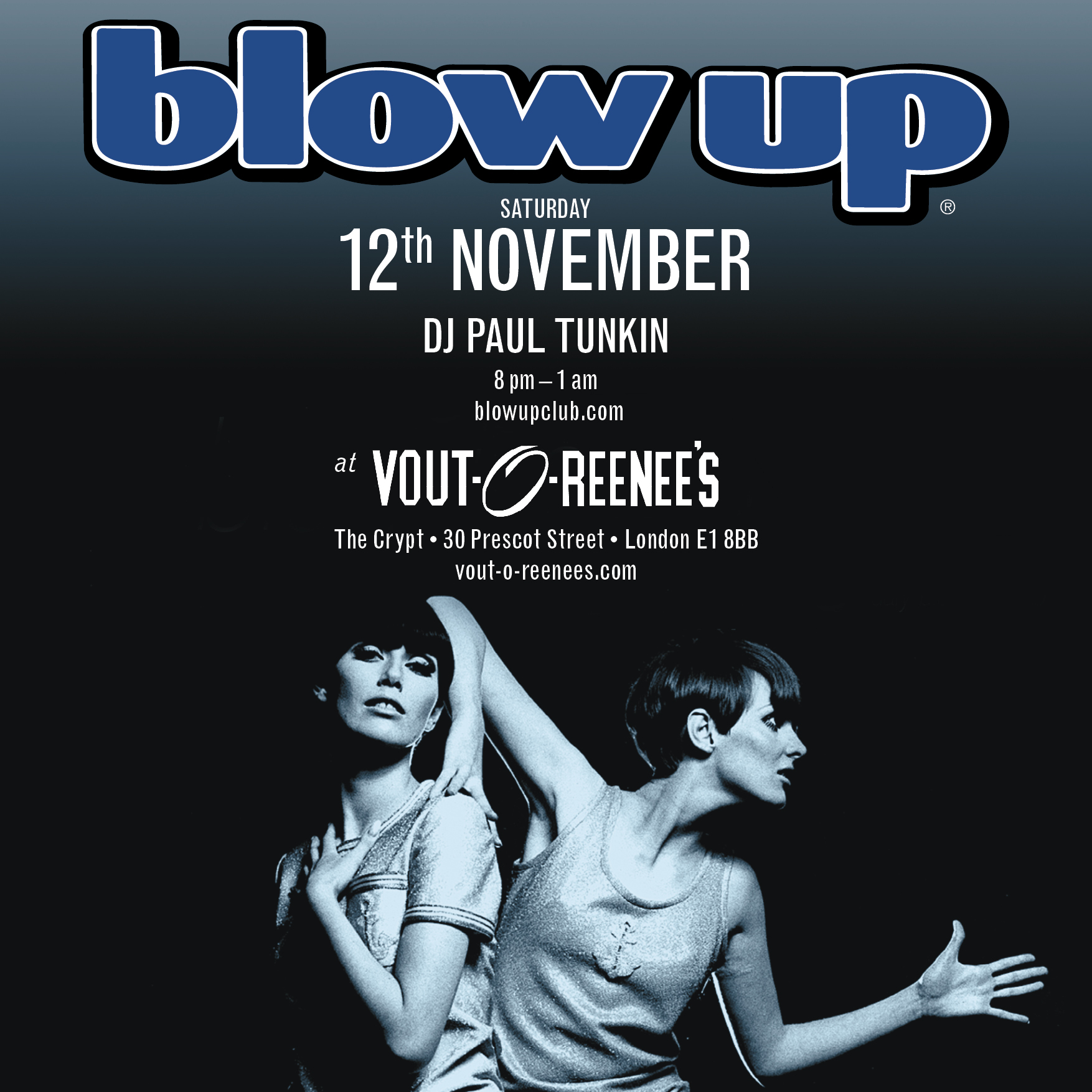 Just over one week to go until the second of three Blow Up events at Vout O Renee’s London. We are pleased to announce that Blow Up founder and DJ Paul Tunkin will be joined by guest DJ Davide Darroux. Davide, who is an old friend of Blow Up having been one of that select group to actually attended the club back when it launched in Oct 1993. He is an East Londoner who has put on various events himself particularly in East London, Brighton and at various locations in Sweden. He plays an eclectic set and is rather fond of 2-Tone, rocksteady, boogaloo and soul.