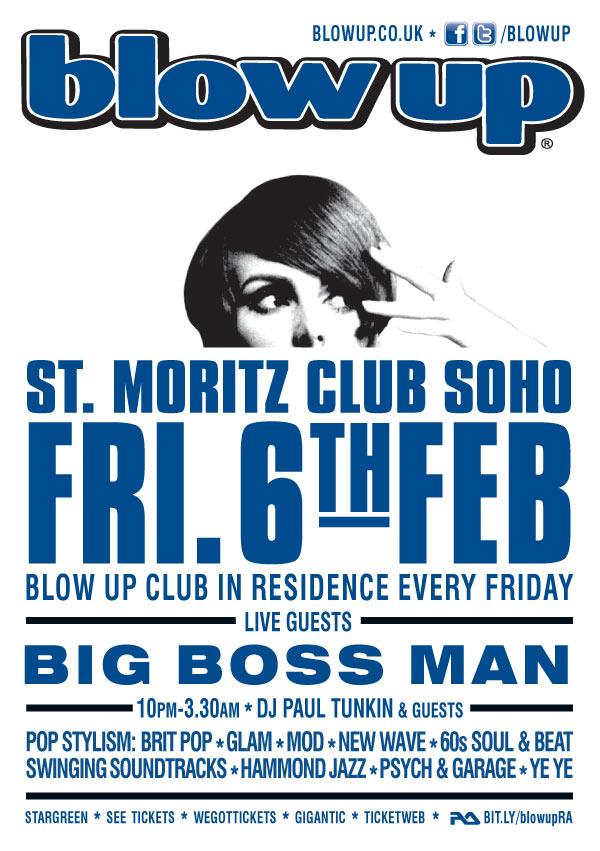 Following their BBC 6 Music Session with Cerys Matthews this Sunday, Big Boss Man are back live at Blow Up at St. Moritz Soho!

Blow Up is back in Soho for Week 5 of its Friday residency at the legendary St Moritz Club, and this week BIG BOSS MAN will be performing live.

The basement club is one of the last ‘original’ venues in the West End, virtually unchanged since the 60s. Blow Up will toasting in 2015 at the venue as well as kicking off it’s Friday night residency here in January through to February. We will also be announcing new dates for Blow Up in Peckham for 2015 too – so stay tuned.